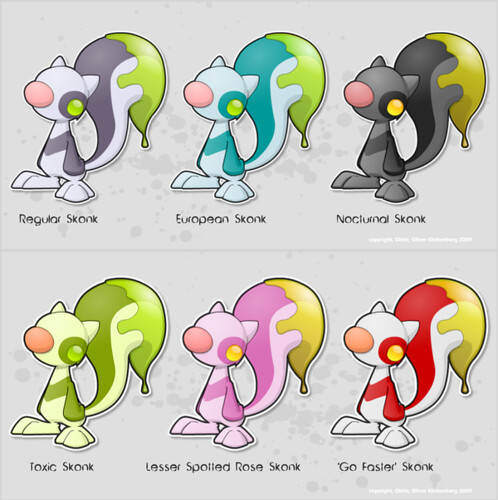 We at Patch Together teamed up with OKKLE, a UK artist and well known for his outstanding customs to bring you one of his characters the “SKONK”.

Available now for preorder to stores/wholesale only.
If we’ll reach a minimum quantity of 5 orders (each 10 units per colorway) we will start production and bring this character to life as a 6 inch figure made of resin.

preorders, prices and requests for other colorways trough [email protected]

About the artist:
Animator and games designer by day, artist and toy customiser by night, Okkle is a UK based artist born and bred in the West Midlands. Influenced by video games, art toys, saturday morning cartoons, sugary foods and nature. His art aims to celebrate the wildlife around the world and it’s wonderful diversity and down right wierdness.

About Skonk:
The Skonk is a rather unfortunate creature, it’s closest cousin is the skunk, a creature known for it’s ability to project a foul odour onto it’s enemy.The Skonk however is unable to control it’s foul odour, instead it constantly seeps out from it’s tail, so much so that over the years it starts to condense and coat the hairs on the end of it’s tail and slowly form a thick gooey liquid coating. This goo is incredibly sticky and near impossible to remove once stuck to anything. Skonks live in burrows in woodlands or grassy plains. Their burrows are easy to spot due to the terrible odour permeating from them and mounds of berry skins and nut shells scattered around.